Tackling the Problem of Diving in Football

Some consider it an art form, others cheating. Whatever your thoughts, diving by soccer players is one of the most controversial and despised actions in sport. Diving represents a deliberate attempt to deceive the referee, with players falling – even rolling around - to suggest they’ve been illegally fouled. Diving has long been a source of embarrassment for the world’s most popular sport, yet even football’s governing body (FIFA) has had little success at stamping out this behaviour.

University of Queensland PhD student Gwendolyn David, along with her supervisor Dr Robbie Wilson and other UQ colleagues have taken a fresh look at diving behaviour in an attempt to identify the mechanisms that can be used to control it. 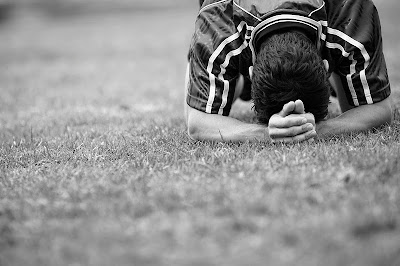 In a study published this week in the prestigious open-access journal, PLOS One [http://www.plosone.org/article/info%3Adoi%2F10.1371%2Fjournal.pone.0026017] these researchers explored the behaviour of soccer players and referees in the context of animal signalling theory. “Theory predicts that deceptive behaviour should occur only when the prospective benefits outweigh the costs and when the risk of detection is low,” says Ms David. “So we expected that deception would be driven by the potential payoffs and would be limited by punishment.”

David undertook a play-by-play examination of 60 matches across six high-profile professional leagues to see when and where players faked fouls, and when they were likely to get away with it (or not). She found that – as predicted - diving occurred most often when the potential payoff was greater: namely, in the offensive side of the field and when the two teams had tied scores.

But the most exciting result came from looking between the leagues. “We found that players dived more often in leagues where referees were more likely to reward dives with a free-kick or penalty,” says Dr Wilson.

This means that when referees don’t detect or punish diving then dives are more common. “The most effective means of controlling deception, whether it’s a footballer or an animal, is via punishment. But, of the more than 2800 falls we observed and the 169 dives, we never once saw a diving player punished,” says David.

“Our results clearly show that reducing deception in sports like soccer is largely up to the referee and governing bodies. Players will try to deceive referees when the benefits are high, but better detection and administration of punishment may help reduce its prevalence” says Dr Wilson.
“Some progressive professional leagues, such as the Australian A-League and American MLS, have already started handing down punishments for players found guilty of diving. This is the best way to decrease the incentive for diving,” said Dr Robbie Wilson.
For more information on the study or for interviews, please contact Dr Robbie Wilson (Senior Researcher) at +61 458204962 or [email protected] For other information on this research group’s work see the lab website: www.soccerscience.net