Summary
Juggling Performance Tests: Each player was given 60 s to complete as many juggles as possible using only the correct technique. The first test required players to kick the ball alternating between the right and left foot. The second test required the players to use their left foot only whilst keep the right foot fixed and unmoved, while the third test was using the right foot only. Each test was repeated for each player so that it was performed on two occasions - results represent the average of the two tests. 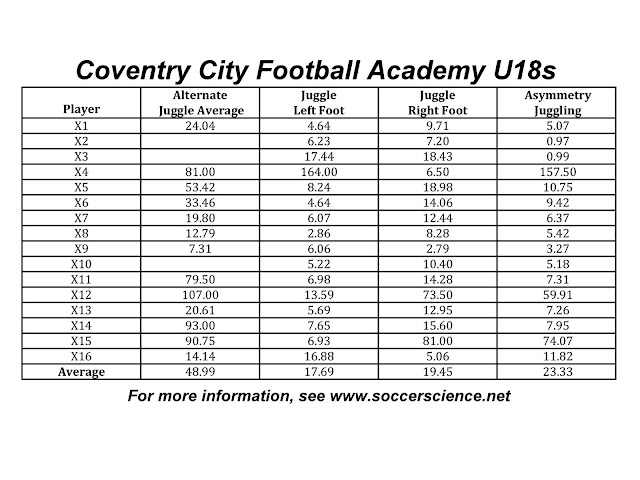 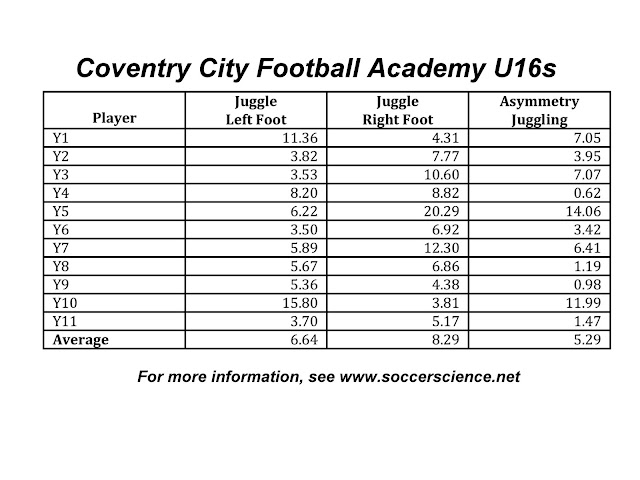 How to interpret the table:

Alternate Juggle Average: Average number of juggles completed by each player using the correct technique of kicking with alternate feet during 60 seconds.

Juggle Left Foot: Average number of juggles completed by each player using their left foot only (the right foot was unmoved and fixed to the ground) during 60 seconds.

Juggle Right Foot: Average number of juggles completed by each player using their right foot only (the left foot was unmoved and fixed to the ground) during 60 seconds.